Your trusted advisor to help you grow, leverage and maximize your value

Your trusted advisor to help you grow, leverage and maximize your value

With strategic partnerships with several other consultancy firms, have confidence that strong resources are at your disposal

Gain insights, analysis and advisory work at rates that are manageable for your business

Finance, Human Resources and Risk Management services for every phase of your business growth cycle

Fast Turnaround Time With A High-Touch

Our experienced team is always within reach so that you can achieve your goals faster, with ease

Your partner that helps you transform strategy into reality.

Sheue-Chuan Foo is the Executive Director and founder of FSC Business Advisory with over 20 years of commercial and consultancy experience. His strong interest in business partnering coupled with his expertise in diverse functional fields motivated him to set up his own advisory firm focusing on supporting corporations in their business growth and realignment strategies.

As a qualified Business Valuer and Accountant, and leveraging on his extensive network and commercial experience, Sheue Chuan is well-equipped to advise his clients on deal structuring, pre-deal financial management and other Mergers and Acquisition matters. Specific deal advisory services provided by Sheue Chuan include deal strategy, business valuation for transactions, marketing business for sale, financial modeling and financial deal diligence.

Sheue Chuan is passionate about mentoring aspiring entrepreneurs and business owners. He has experience as a Financial Mentor to start-ups, collaborating with Venture Accelerators and had acted as outsourced CFO for SMEs including an F&B Group, an Aesthetic and Wellness Group and a Med-tech company.

In his earlier career, Sheue Chuan spent 12 years at Korn Ferry International, a premier global provider of talent management solutions headquartered in Los Angeles as their Regional Finance Director, Asia Pacific. Based in their Singapore office, he led the finance and HR function of the Firm’s Leadership & Talent Consulting (LTC) practice across the Asia Pacific Region as well as the Executive Search business for Singapore and Indonesia. During his tenure at Korn Ferry, Sheue Chuan was actively involved in business planning and advisory supporting geography heads and business leaders on operational, acquisition and investment matters.

Prior to joining Korn Ferry, Sheue Chuan was a Manager and M&A specialist with price Waterhousecoopers (PwC) Transaction Services team focusing on providing financial due diligence services to clients across diverse industry sectors, He began his career as an Auditor with Price Waterhouse Singapore (predecessor of PwC), and later moved into Financial Analyst role with Walt Disney Television before returning to PwC.

Since 2007 and under his leadership, KNAV’s Financial Reporting and Valuation Service (“FRVS”) line has conducted over 1000 valuation engagements specializing in transaction valuations and valuations for financial reporting purposes under U.S. GAAP, SFRS and IFRS.

Rajesh contributes thought provoking articles and comments regularly to local and international media, professional publications and professional bodies. He is regularly invited to present papers and speak at various conferences, webinars and seminars organized by NASSCOM.

Apart from his professional interests, Rajesh is also a trustee of a family run educational society and sactions educational aids to eligible school children.

Rajesh is an Accredited Senior Appraiser and a member of the American Society of Appraisers (ASA). He is also a US Certified Public Accountant from the Delaware State Board of Accountancy, and a member of the American Institute of Certified Public Accountants. He also passed the Accredited in Business Valuation (“ABV”) exam from the AICPA, a highly sought after academic credential in Valuation.

Rajesh holds a Master degree in Commerce from University of Mumbai.

​Apart from his professional interests, Rajesh is also a trustee of a family run educational society and sanctions educational aids to eligible school children.

Gary has served as leader at various levels of the Singapore education service for more than two decades. As principal for 14 years, he provided visionary leadership and fostered a culture of excellence that helped two primary schools – Shuqun Primary and Wellington Primary – rise in popularity in the community.

His experience included about 8 years as a pioneer, coach and consultant in educational technology working with industry as well as with leaders within the Ministry of Education.

He is currently an entrepreneur, leadership coach and certified trainer.

Angela Chai is a Management Consultant, Financial strategist, Mentor and Coach. She acts as the Singapore Business Specialist in a consulting company in U.S.A. for customers in Asia.

She is a senior consultant in Authentic Business Group which organises mindset change training and conferences around the world, promoting the best practices of business transformation.

She has served in a broad spectrum of vertical sectors including Education, Healthcare, Hospitality and Investment, and is currently supporting the leadership in SMEs with business transformation through new business models, new technologies and training. 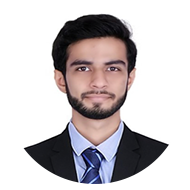 Faisal is a Senior Manager of the Valuation Advisory Practice with over 7 years of valuation experience.

Faisal specializes in providing clients with fair value opinions and related assistance pertaining to goodwill and other intangible assets, stock-based compensation and illiquid financial assets for compliance with IFRS and US GAAP. In addition to his work with clients on financial statement reporting issues, Faisal performs valuations used for tax compliance, including tax restructuring, merger and acquisitions, and other purposes in a wide range of industries.

Faisal holds an ABV credential (“Accredited in Business Valuation”) from the American Institute of Certified Public Accountants (“AICPA”). He is a member of the Institute of Chartered Accountants of India and has cleared all 3 levels of CFA® examination conducted by CFA Institute (USA).

Faisal holds a Bachelor degree in Commerce from the Mumbai University.

We’re ready to help you grow your business. Are you?

Hi! Click one of our member below to chat on Whatsapp